Featuring expert doctors, researchers, and activists to discuss timely topics such as health, diet, animal welfare, and the environment. 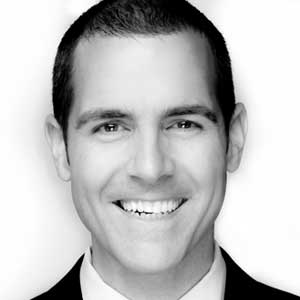 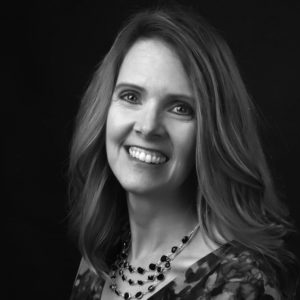 Mike Young is the Founder of aPlantBasedDiet.org 501(c)(3) Non-Profit, TriangleGrapeVine.org and FloridaGrapeVine.org. aPlantBasedDiet.org has a website full of food and recipe resources, a YouTube Channel, local community groups, and live in person outdoor festival events up and down the US East Coast. He’s the type of person that’s continually in search of improvement and doing the best he can do with everything. Mike has always been a forward thinker, and this has propelled him into leading a whole foods plant based lifestyle. He believes there’s nothing more important to do today than spread the good news of this lifestyle since everyone and everything benefits! Mike can be found perpetually on social media. Mike is also a Lifestyle Nutritionist @ ForeverYoungNutritionCoaching.com with a passion for human health. Author of the vBook “Live to 150” available FREE here: http://LiveTo150.org

Denise began her non-profit leadership work as the President of her COA. She leads projects and analyses financial data as a Senior Systems Analyst at Freddie MAC. Denise began her Plant-based journey after Mike encouraged her to read The China Study in 2017. Denise lost her beloved Aunt and Grandmother to diabetes and watched several family members struggle with breast cancer. She’s committed to educating people about a healthy lifestyle that doesn’t exploit animals and is better for the environment. Since switching to a Whole Foods Plant Based diet, Denise has lost 20 pounds, has resumed running and recently won first place in her age group in a competitive 5K! 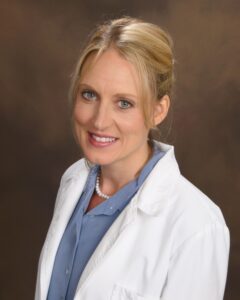 Rebecca M Acosta, AP, DOM is a nationally Board-certified Acupuncture Physician and holistic practitioner serving SouthWest Florida. She blends the ancient wisdom of Traditional Chinese Medicine with modern evidence-based Applied Clinical Nutrition utilizing Functional Blood Chemistry along with genetic Methylation Testing. She is one of 70 certified Wholistic Methylation practitioners in the US. She creates customized precision wellness plans within an ethical vegan framework to get sick people well and keep healthy people healthy.. 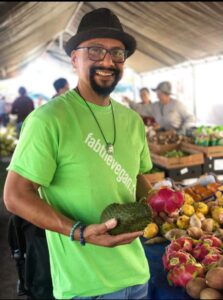 11am | FabTheVegan The Plant Based Health Influencer

I was raised in Queens, New York and grew up in a typical Latin household eating a lot of different types of meats, and toxic food. By my late 20’s I had become accustomed to eating the Standard American Diet, which led me to eventually weigh 300 lbs pounds if not maybe over. I was diagnosed with type 2 diabetes in 2007 at the age of 44 and was more sick than I had ever been in my life. At 50 years old in 2013 I decided to make a change and work actively towards healing myself from the inside out. I went PlantBased and ultimately became fully vegan in 2014 and, along with starting a fitness routine, I reversed my diabetes and lots of more illnesses, lost all the extra weight, and regained my health, confidence, and zest for life! Now I weight 165 lbs at 58 years old and I feel amazing! 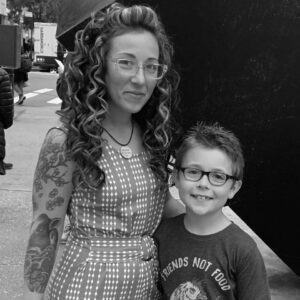 Shannon’s journey toward animal liberation really got going Thanksgiving Day, 1996, when she was just 9 years old. After she saw footage showing what happens to animals in order for them to end up on our plates, she never ate another animal again and immediately became an activist, stickering packages and holding demos outside of supermarkets. After about 2 decades of eating a vegetarian diet, Shannon was made aware of the atrocities occurring in the dairy industry — she had never heard this information before. She also watched Cowspiracy on Netflix and then made the decision to transition to a Vegan Lifestyle overnight. Shortly after, she found out how horrendous the egg industry is, another one she had been supporting during all that time as a vegetarian. Shannon now understood why those “crazy vegans” weren’t eating cheese or eggs — they weren’t so crazy after all. She got right back into activism — this time with more knowledge, more reasons, and an incredible amount of inspiration from her son, VeganEvan (who decided to go vegan the same day, even though she tried talking him out of it)! Shannon is fighting for the animals and for Evan’s future. She quit her job in 2017 to advocate, educate, and activate full-time. Shannon and Evan travel all over doing outreach & actions for the animals. They are in the process of starting up a new non-profit organization, the Animal Liberation Action Squad. Shannon is a Certified Vegan Lifestyle Coach & Educator.

VeganEvan is a passionate and talented young animal advocate committed to creating a healthy, compassionate, and regenerative world. He is President & Spokesperson for Animal Hero Kids and also a spokesperson for the Solutionary Species movement. VeganEvan has spoken in front of large audiences at several major events throughout the country including the What the Health-Cowspiracy Conference, Central Florida Earth Day, the Animal Liberation Conference, Tampa Bay VegFest, the National Animal Rights Conference, Asheville Vegan Fest, VegFest Oahu, and many more!!  He has been awarded the Russell Simmons Creative Animal Hero Kids Award, and in 2016, he earned PETA’s Cutest Vegan Kid award.  More recently he was awarded the Shining World Leadership Award for Compassion from the Supreme Master Ching Hai Association. VeganEvan is a voice for the animals everywhere he goes! He enjoys leafleting, protesting, doing marches, Open Rescue, disruptions, and making videos and rap songs! Evan also participates in Anonymous for the Voiceless Cubes of Truth and Vigils with the Save Movement wherever he travels. Most of all, he loves visiting all of his rescued friends at the sanctuaries where they are happy, safe and free from harm. 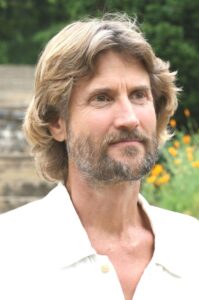 Dr. Will Tuttle, visionary author, educator, and inspirational speaker, is author of the acclaimed Amazon #1 best-seller The World Peace Diet, published in 16 languages. Since 1985, Dr. Tuttle has delivered an unparalleled 4,000+ live audience presentations encouraging compassion and vegan living, in over 50 countries worldwide and in all 50 U.S. states. 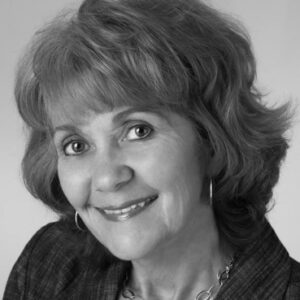 Cyd Notter is a graduate of the Center for Nutrition Studies, a certified instructor for The Starch Solution and other dietary courses, a past newspaper columnist, and the founder/author of The “Plan A” Diet. She offers a variety of health and cooking classes, provides nutritional coaching on both individual and corporate levels, speaks to local groups, and has worked with school district employees and a hospital’s fitness center. Her book, titled The “Plan A” Diet, released in October, 2019. 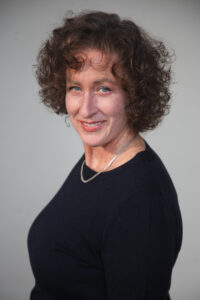 Caroline Bryan, Professional Consultant for Hippocrates Health Institute where duties include providing professional public relations, business strategy, marketing services, outside events, and speaking engagements on Natural Health and Professional support and Communications for the Hippocrates Executive & Directors office. Caroline helps Hippocrates Wellness and businesses create and manage their goals by utilizing extensive experience in the Health and Wellness industry as a “Personal Health Designer”. Caroline is a key producer of outside events for Hippocrates Health Institute in North America, breaking into new markets and creating strategic alliances. Caroline creates, arranges and travels on speaking tours with directors, Brian & Anna Maria Clement, PhD, LN, and shares the Hippocrates Signature “Life Transformation” program for Hippocrates Health Institute.  Caroline is passionate about teaching Health & Immunity and the next generation of Doctors, Allied Health Professionals and Health Educators.  Caroline is also an Instructor teaching Business Synergy and Strategy for students in the Hippocrates program as well as a Coaches both individuals and businesses in the important area of Health and Immunity.  Having a vision for the future of medicine, Caroline is directly responsible for pioneering and implementing the Doctor Days program. “She has a personal mission, and total dedication to the cause of helping people regain their health.” 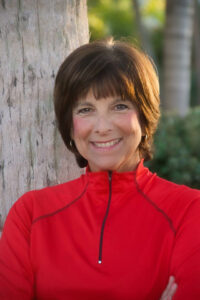 Ellen Jaffe Jones is a former 2-time Emmy WinningTV investigative reporter from Miami and St. Louis. She’s the author of 6 popular vegan health and fitness cookbooks including “Eat Vegan on $4 A Day,” “Vegan Fitness for Mortals,” “Vegan Sex,” and “Vegan for One.” When Covid shut down her book tour, she used her experience in real estate to become a Florida realtor with her vegan long-time real estate broker boyfriend. She’s been a runner for 40 years, got a gold medal for sprinting in the National Senior Games and has placed currently in 235 5K or longer races for her age group since ’06 “just” on plants. She’ll cover the questions she gets asked most, like “How do you do all that?” 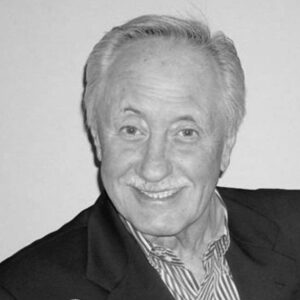 Dr. Ronald Knaus is a psychiatrist in Saint Petersburg, Florida. He received his medical degree from Kansas City University of Medicine and Biosciences and has been in practice for more than 20 years.